Could Batman beat The Incredible Hulk? 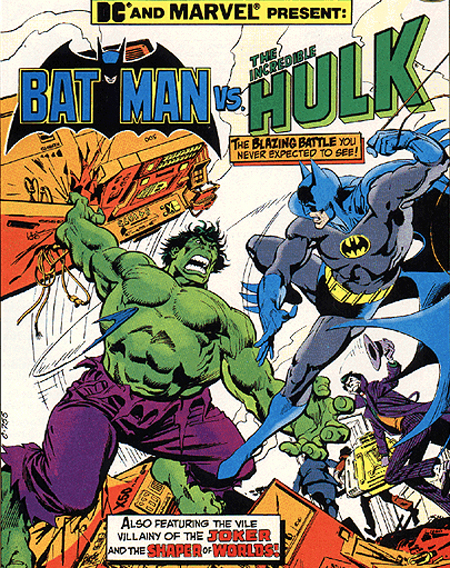 Batman Vs. the Hulk Link

I think the answer is obvious or is it?  I remember this book when I was a kid, never read it though.  The Hulk is my favorite Marvel Hero while Batman is my favorite DC Hero.  Now, I don't think anyone can ever beat the Hulk now.  Sadly he has pretty much become the most indestructbile Hero ever especially after the World War Hulk series.  But, if you have Frank Miller's Batman in your corner then maybe, just maybe he has a chance.  He did beat the snot out of Superman in The Dark Knight returns after all.  As a Kid I always wondered if Conan could beat the Hulk and my jury is still out on that.  Conan did beat Captain America though in a issue of "What if?" and I thought that was an accurate portrayal.  As for Batman and the Hulk I am sure the Hulk wins when Marvel owned him, but now that Disney owns the Hulk I am thinking he might not be as angry and will probably lose.
Posted by Craig