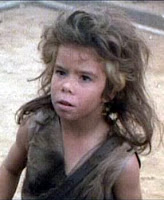 I didn't see anything new over the weekend, but I did get to see THE ROAD WARRIOR in high definition finally.  But I will get back to that.  On the Dishnetwork HD RETROPLEX Channel, I think it is called that, I am seeing some old movies that I never thought I would watch again.  But seeing them in HD is pretty impressive.  The movie 10 with Bo Derek and  Dudley Moore (the guy from Arthur) was actually a good movie, it just had too much scenery that over shadowed it's humorous story.  The movie Bad Boys had lot's of Bad Words coming from the lips of Wil Smith, Martin Lawrence and Tia Leoni, but it was a good cop flick.  It was more of a potty mouth version of Lethal Weapon at the time (1995).  Michael Bay and Jerry Bruckhiemer teamed up to make this.  Then there is The Road Warrior, one of my favorite all time movies apparently.  I just love post apocalyptic films, especially well made ones.  In HD it was pretty amazing and I need a Blu-Ray Copy.  There really are a whole bunch of entertaining scenes in this movie that I had forgotten, but the ones with the little kid sporting the giant mullet are the best.  The part when he slings his metal boomerang and that bad guy with glasses goes to catch it and get's his fingers chopped off will never be forgotten.  There are others too but you have to watch it again.  Anyhow, all of these movies proved to be worthy of their R - Rating and I shouldn't be watching them.  There is one thing that all three had in common that I really find myself enjoying with older movies.  There are no cell phones! Ah the days of simpler times and simpler movies.  My wife watched the romantic comedy The Ugly Truth and said it was okay and worthy of it's R rating as well.
Posted by Craig